On the Cumbria Fungi Group Paul Nichol definitely agreed with the second one and suggested H. pulicare for the first. His source indicates spore length of 20 - 30 microns, while the account at http://fungi.myspecies.info/all-fungi/h ... m-pulicare says 26-37 x 7-12 µm. There is an overlap with H. angustatum but I think the hyaline cells may be diagnostic. 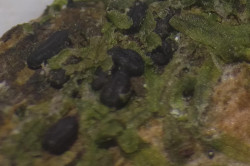 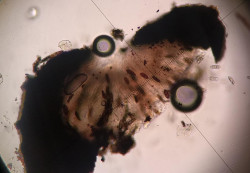 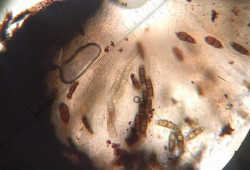 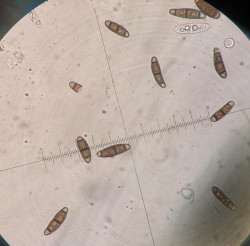 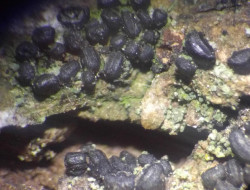