A couple of days ago I had the opportunity to sample a "foam cake" which had formed (quite naturally) in a small stream near the Yorkshire coast. 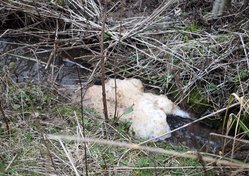 The sample contained a fabulous "bloom" of diatoms - I might post a few images in due course. There were also conidia of around half a dozen Ingoldian Fungi (more will probably turn up in the sample), all of them identifiable except for a single very distinctive conidium: 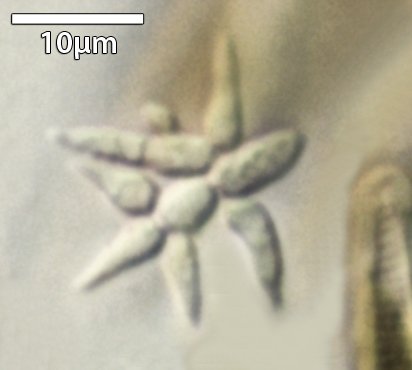 A search through the very extensive literature on aquatic fungi finally turned up an illustration in a paper by Dr Hermann Voglmayr of the University of Vienna: "Spores of Ingoldian fungi in two Austrian rivulets" in Österreichische Zeitschrift für Pilzkunde 5 (1996) pp.23-49. Figure 3d is shown here: 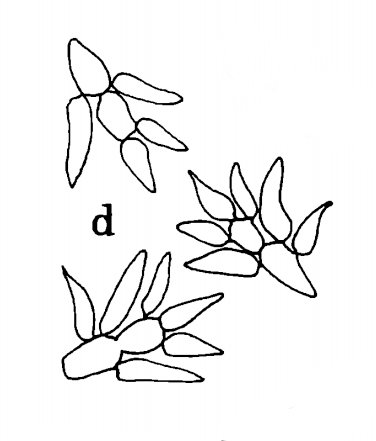 It is listed as "unidentified" I have contacted him and he comments that it is surely the same as my find, but still, as far as we know, unidentified and probably undescribed. It just gives an idea of how much is out there . . .

PS More about these fungi can be seen here: http://www.ascofrance.com/search_forum/35545. I uploaded a simple key, put together for a BMS meeting I organised in Sheffield 30-odd years ago on the same site: go to http://www.ascofrance.com/documentation click on the "keys" tab and it's the top PDF. If anyone is interested I can provide more literature as PDF's and even a little Formol Acetic Alcohol . . .
"You must know it's right, the spore is on the wind tonight"
Steely Dan - "Rose Darling"
Top

Could you give a few more details of the collecting method please. Do you just scoop the foam into a container and add some fixative. Then examine straight away under the microscope? How much fixative to sample?
Top

Very nice Chris. I keep meaning to look at some more foam, there’s a lot around at the moment, after all of the rain.

Could you give a few more details of the collecting method please. Do you just scoop the foam into a container and add some fixative. Then examine straight away under the microscope? How much fixative to sample?

My usual technique has been to use a plastic teaspoon to scoop up foam into a colourless 35mm film canister (providing the latter is watertight when closed. If necessary I attached the spoon to the end of an extendable walking pole with some rubber bands. The foam in the container can be broken down with the spoon to make sure that you get enough in the container. Try to get as little water in with the foam as possible.

In this instance I tried a different technique. I used a kitchen ladle to scoop up the foam into a watertight container: 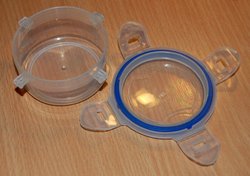 This is the smallest (c.7cm diameter) of a nest of three polythene containers which I bought at Poundworld for (work it out for yourself

). Other suppliers and similar containers are doubtless available. This speeded up the process considerably and made breaking down the foam easier. Adding a few drops (usually no more than half a dozen) of fixative to the foam needs to be done at the same time as the collection - otherwise the minute the conidia touch a solid object they will start to germinate. This process tends to complete the breaking down of the foam quite rapidly. Seal your container and there you are.

Once back at home I decant the liquid into a glass tube 1-2cm diameter with an air/watertight plastic stopper - as per https://www.nhbs.com/equipment/plastic- ... ss%20Tubes, label it with collection details (IMPORTANT!), and that's it.

The great thing is that you don't have to examine the collection straight away. Providing it can't evaporate the collection can be stored virtually indefinitely. This makes it really useful as you can examine material at any time - for example on nasty cold winter days when the lure of the outdoors is not that attractive. Use a pipette to suck up a small amount from towards the bottom of the tube, pop on a coverslip and methodically scan the slide. I would recommend not staining at first; then as the mount starts to dry a drop of Cotton Blue in Lactophenol can be fed in at the side if required. This has the advantage that the Lactophenol will not dry out for several days so one can return to the same slide if necessary.

One can generally see quite quickly how productive the collection will be, but it's usually worth persevering as a lack of quantity can sometimes mean that less common species may be present. In general late autumn to early spring is the best period for collecting, simply because that is the period when the rotting leaves etc. are at a premium. But that needn't stop experimenting at other times of year.

Hope that helps
Chris
"You must know it's right, the spore is on the wind tonight"
Steely Dan - "Rose Darling"
Top

the technic Chris describes is undoubtly the one which is to be used for most people interested to look for those conidia.
All other techics require equipement or laboratory which is not available to most people or are costy.

As I have the opportunity to participate on a project on fresh water fungi in the National Park Bavarian Forest, I had the possibility to buy a filtering system to filter the conidia out of the water and so I'm not rstricted to foam respectively to locations where there is foam. By filtering rivulet water we have the chance there to investigate definite long-time plots which are investigated by other researchers too and also we can repeat the same treatments very year.
For this purpose I have a filtering system as said, which presses the collected water through a very fine-pored filter by an underpressure of appr. 5 bar (more pressure could result in breaking the arms of the conidia)

The attachment Bild1.jpg is no longer available
In the place where the blue clamp connects the two bottles parts, a ceramic filter with a pore size of 5-8 µm and a round filter paper with square grid is located. To press through one liter of water it needs approx. 20-30 minutes when you keep up the pressure at 3-5 bar all the time.
After that you loose the clamp and take out the filter paper and store it in a round petri dish in which some drops of cotton blue in lactic acid have been given. The lactic acid works as a fixative and the cotton blue stain the conidia at the same time. You can keep that filter in the dish for month as the lactic acid while not dry out

The attachment Bild2.jpg is no longer available
When you try that method, we have found that it is important to let the collected water stand for some hours (at least two), so that the particles floating in the water can settle on the bottle ground. When you then shake the bottle gently a bit and let it stand again for 15 minutes, you will have the conidia still floating around but have the particles sedimented, so that your paper filter is not full of dirt and mud. The above picture shows my first attempt two years ago in which I did filter the water directly from the rivulet without letting it rest for some hours ....

The filter then can be cut in half an be placed on a slide and covered by a big sized cover glass. The square grid on the filter allows you to statistically count the numer of conidia in a certain amount of squares.

The attachment Bild3.jpg is no longer available
some examples of those conidia

There are still other ways of fishing conidia, and there are usefull books which give ideas on what you could do. 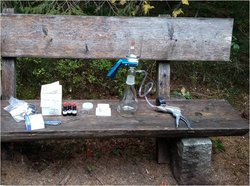 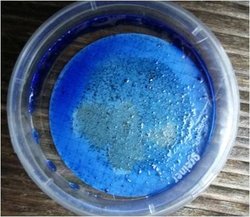 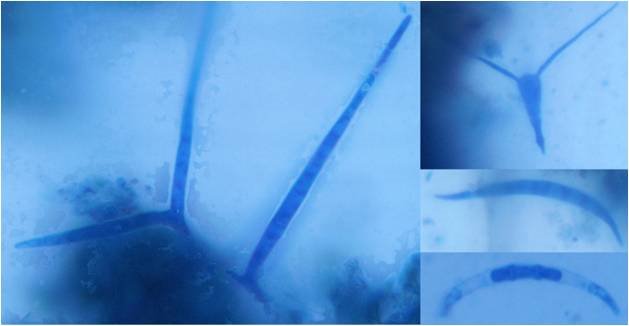